The question of when is the best time to drink coffee is profoundly personal and depends on our need for “wake me up” and “stay focused” feeling. It is connected to the enjoyable flavor perception of delicious coffee aroma and the much-needed caffeine boost. The obvious answer is “Whenever I want to,” or is it that simple?

As we all know, having caffeinated beverages later in the night might prevent us from well deserved good night sleep. It will do us more harm than good in feeling fresh and ready to go in the morning; of course, everyone has different caffeine tolerance.

If one were to accept the general idea of no caffeine later in the afternoon or evening, it would leave us with a probable window of coffee consumption from the time we wake, let’s say 7.30 am, till around mid-afternoon. This time window is entirely arbitrary, and it will be different for everyone.

Let’s take this arbitrary coffee window as an acceptable consumption period. The next unknown here will be when we start drinking coffee as soon as we are wake, or there is a better time to enjoy all the benefits of caffeine.

With that question in mind, management and behavioral science expert Daniel Pink decided to examine the science of timing and how it can affect our productivity in his book “When: The Scientific Secrets of Perfect Timing.”

Based on the research from several studies, he noted that the best time to have a coffee with the most significant effect on productivity is about 60-90 minutes after one wakes up. His reason for that is the interference of caffeine over the production of cortisol, a primary hormone from our adrenal gland that signals the body to be awake and responsive. Cortisol levels, which fluctuate throughout the day, typically peak in the morning.

Having caffeine simultaneously increases the level of cortisol in the body. It interferes with the regular morning cortisol production and stresses your adrenal glands, which may damage the immune and cardiovascular systems and, possibly, affect your long-term health.

Cortisol picks after you wake up; it starts to decline and then picks up again around noon, so that leaves us with a window between around 9.00-11.30 am. In the afternoon, the cortisol levels decline again, but at that time, having a coffee might interfere with your sleeping later on.

When you consume a cup of coffee right after you wake up, you are likely not getting caffeine’s full benefits because your body is already at its peak cortisol level – trying to make you feel full of energy and ready to go.

According to Daniel Pink, probably the most logical way of enjoying your coffee and ripping all the benefits from it is when,

“People are having a cup of coffee in the morning in almost a slavish, addictive way, but we’re much better off letting our cortisol peak, naturally, then when it starts to decline, come in and hit it with a caffeine boost in coffee.”

Another way to enjoy the full caffeine effects in coffee, according to an article on the CNBC Make website, is to try the “nappuccino,”
“If you drink coffee immediately before napping and sleep for 20 minutes or less, you can focus on work better than if you took a regular nap or just drank coffee.” 1

By napping for 20 minutes, you’re decreasing the amount of adenosine. This chemical makes you feel tired in your system and gives the caffeine less of the chemical to compete with, thus rendering it more effective.

Why do some people prefer black coffee?

Is it because they enjoy the bitterness, the natural coffee flavor not masked by the addition of cream or milk, or it might be another reason.

As per the recent article on neurosciencenews.com,

The report is based on a study done by Northwestern University scientists who found that some coffee drinkers have a genetic variant that reflects a faster caffeine metabolism. They prefer bitter, black coffee.

These individuals metabolize caffeine faster, so the stimulating effects wear off faster as well. So, they need to drink more.2

People associate bitterness with caffeine and higher alert levels; in effect, when they think of caffeine, they think of the bitter taste of black coffee.

The research paper is titled “Genetic determinants of liking and intake of coffee and other bitter foods and beverages,” first published under Scientific Reports on nature.com. 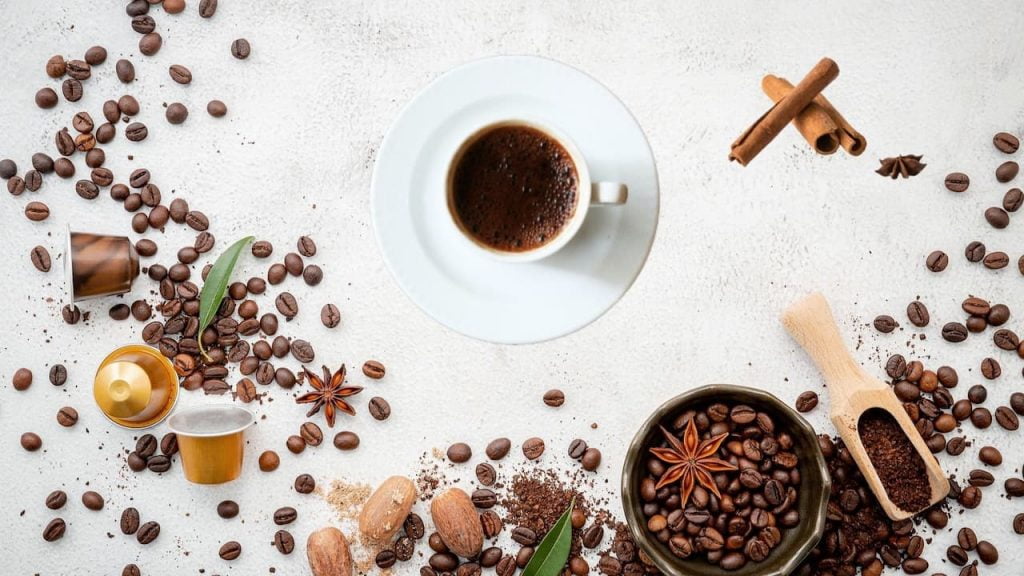